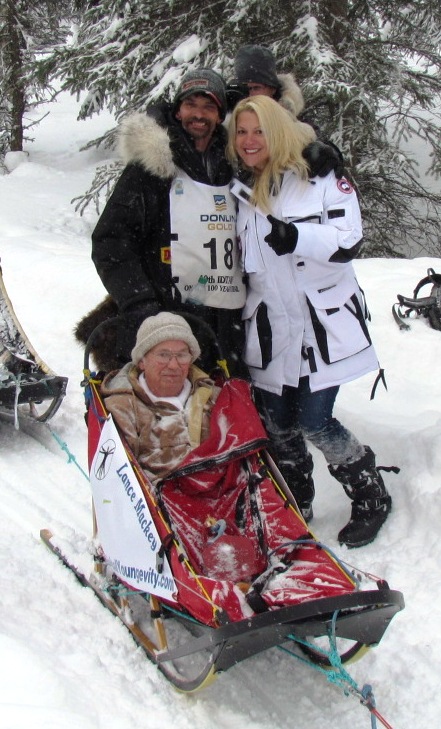 The 1,049 mile 40th Annual Iditarod Sled Dog Race is going on NOW!! Canada Goose athlete, musher Lance Mackey is going for his 5th win in the “Last Great Race®” on earth.  He is legendary in the mushing world.  The only four time winner of both the Yukon Quest and the Iditarod (1,000+ mile races): the equivalent of winning the World Series and Super Bowl.

Lance is 41 years old, a cancer survivor and comes from a champion mushing family.  His Dad, Dick Mackey, and brother Rick, have each won the Iditarod.

Sled dog racing is one of the few sports where women and men compete together on an even playing field.  There are 16 women in this year’s Iditarod, including veteran mushers Dee Dee Jonowre in her 30th Iditarod, former international runway model Zoya DeNure, Alie Zirkle and for the 1st time ever: twins.  Twenty eight year olds Kristy, an Iditarod veteran and Anna Berington, a rookie.

There are a lot of variables that separate a winning team from one who just wants to finish the race.  This year, Lance is mentoring a young sled dog team.  His team of 16 dogs is no older than three years old. Imagine running a bunch of hyper active 14-year-olds across Alaska? His task is even harder as several of his female dogs are in heat.  Keeping these amazing endurance athletes focused on the finish line is a challenge. Most veteran mushers would say this is a building year for his dog sled team, but don’t tell Lance, he is always optimistic and in it to win it!

Putting together a champion team of sled dogs can take generations.  If you ever saw the movie ‘Secretariat,’ about a horse who won the Triple Crown, you have an understanding of how important breeding and the business of it is to those who want to win. Buying a sled dog with a proven winning lineage can cost anywhere from $2,000 to $8,000.  Leasing a top dog for just one race can cost $5,000.

Lance Mackey’s Comeback Kennel is one of the best in the business.  He breeds, leases and sells top dogs to other mushers.  He also has two full race teams competing in the Iditarod.  His long time dog handler, Braxton Peterson is an Iditarod rookie and hopes to make his own mark in the mushing world with Comeback Kennel dogs.

Make no mistake; these are not your average dogs. Sled dogs are genetic freaks, endurance athletes who love to run over a hundred miles a day. Their optimal running conditions? A crazy -20F below zero!   Like marathon runners, they tend to be slight in size, usually between 45-70 lbs.  Their average heart beats 40-50 beats per minute.  A domestic dog’s is 120 BPM.  A sled dogs diet would kill a normal house dog.  During a race, they will consume around 12,000 calories a day – the equivalent of eating 30 Big Macs.  They eat mostly beaver, fish, moose and fat mixed together in a hot stew.

Days before the start of the 1,049 mile Iditarod Sled Dog Race, a team of veterinarians gives each dog a full physical including blood work and an EKG.  All information and medical history is stored on the dog’s microchip.  During the race, 42 veterinarians are dispersed along the 24 check points.  They will continue to monitor each dog’s health.  It should be noted, there are ZERO people doctors on the trail.   It really is all about the dogs.

It is March 8th and we are four days into the Last Great Race across Alaska.  Most mushers are taking their mandatory 24 hour rest stop about now.  They will have two more eight hour mandatory rest stops before they finish.

Lance Mackey is currently in 18th place with hundreds of miles to go.  Will he win his 5th Iditarod?  I’m rooting for him!  To follow Lance and the race go to: www.Iditarod.com for up to the minute coverage. 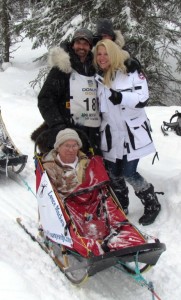