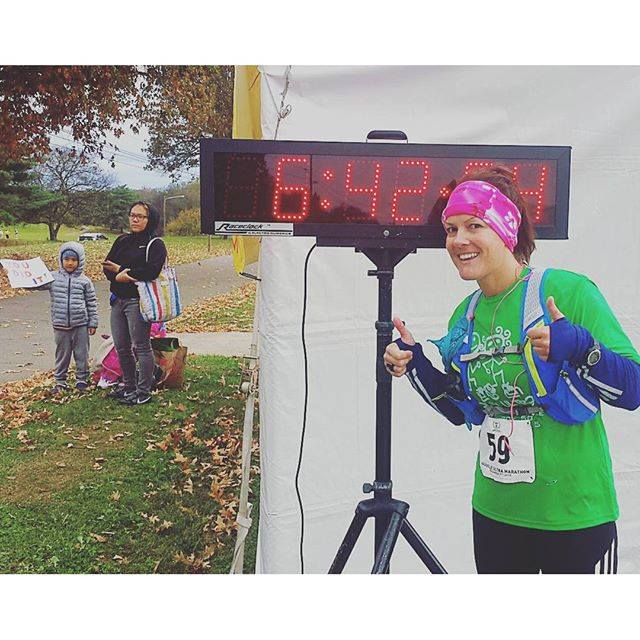 I am an ultra-runner. I am not fast by any stretch of the imagination…but I am fast enough to beat cut-off times. I’ll never be the first one to finish…and who wants that pressure anyway? I run for the challenge, scenery, comradery and the sense of accomplishment when crossing that finish line. It is in the journey. Every challenge is a lesson in which I learn more about myself.

There is no secret to it. Just keep moving forward.

Seriously…if I can do it, anyone can.

An Ultramarathon is any distance further than a traditional marathon 26.2-miles (42km).

The most common ultramarathon races are 50k, 50-miles, 100k and 100-miles. There are also 24-hour races, multi-day supported and self-supported ultramarathons.

Besides road and traditional trails, there are snow, desert and sky races. 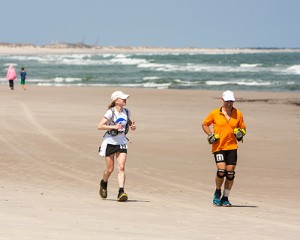 Different terrain and longer distances have their nuances. In general though, the fundamentals are the same.

Here is a list of some of the things I have learned since running my first ultramarathon in 2012.

The Top 5 Things…I’ve learned about Ultramarathons

The average age of ultra-runners is 45. Ultramarathons are about endurance, not speed. Experience has taught us to enjoy the journey.

In 2015, Bob Becker, a 70-years young ultramarthoner and cancer survivor, set the world record for the oldest person to complete the Badwater Double, a grueling 292-mile round-trip feat from the desert in Death Valley to the top of Mt. Whitney (14,505 ft.). 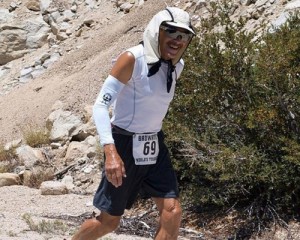 From Trail Runner: ‘How a 70-Year Old Bob Becker Ran a Badwater Double’

Oh, and Bob didn’t run his first marathon until he was 57!  #NoExcuses

Most people actually walk some of it. The key is finding the right balance to stay in the race.

It becomes a mental game. Your mind is gonna want to quit a hundred times before the body will. You will most likely experience pain throughout a race… blisters, cramps, soreness; but remember; the body can endure far more than you think it can. Push though it. It is worth it. 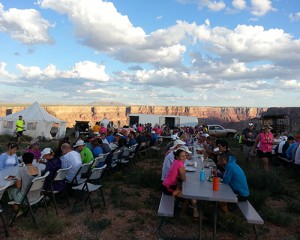 You meet so many nice people at races. The comradery among ultrarunners, race organizers and volunteers warms the heart. It doesn’t matter what you look like, where you come from, or how good you are at running…completing an ultramarathon is hard. We encourage, support and cheer on each other.

Multiday races like the G2G Ultra and TransRockies Run, are especially fun. They are like ‘aggressive backpacking’ adventures, a moving summer camp for adults.

In a 50-mile ultra, on average, a runner will burn 5,000 calories during the race…the equivalent of eating 25 Snickers bars.

When you run an ultra, you can pretty much eat what you want. The challenge is in keeping your energy up, the food down and your feet moving.

Replacing electrolytes, carbohydrates and salt is essential to finishing. While many consume GU gels, Honey Stinger Chews and Gatorade throughout a race, they will also consume foods mostly found at a kids’ slumber party.

Whatever works for you, do it.

You learn more things about yourself and the world when you are challenged.

At 38, I completed my first ultramarathon without ever having run an actual marathon. It was the hardest thing I have ever done. I finished 40th out of 60 competitors, 12 of whom did not finish. My feet were a hot blistery mess, my body ached everywhere and I swore I would never do another ultramarathon.

Two weeks later, I signed up for another one.

I have since learned how to properly take care of my body and feet for such adventures. Now, I rarely get a blister and don’t get nearly as sore. 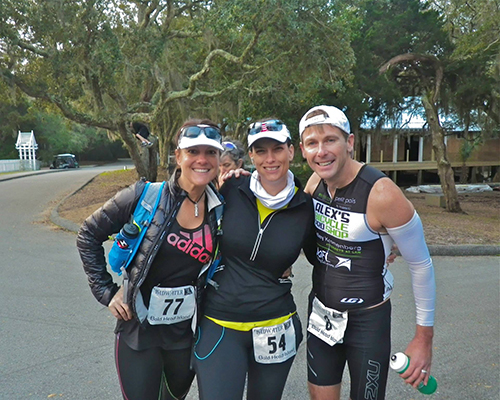 This blog was originally written for Wigwam Socks in Fall 2015. It can also be found here on their website.

A Man with a Mission – The 250km Mauna-to-Mauna Ultramarathon

Why Endurance Athletes Should Cross-Train with Yoga